South Africa: It’s time we got our act together!

South Africa: It’s time we got our act together! 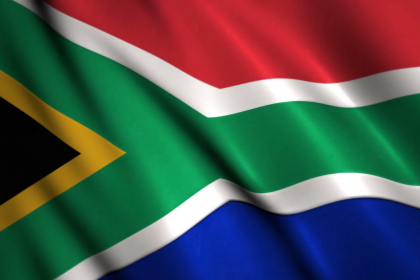 Despite twenty-four years of democracy, we need to admit that South Africa is still largely a segregated society BUT we can still fulfil the Rainbow Nation promise.

Lately, whenever I open my social newsfeeds or read the news, I see one group of South Africans having a dig at another. The tone is often subtle at first then swiftly blatant and it’s palpable in that it’s felt as much as it’s heard. We sway from one divisive issue to another thinking that we are standing up for “our side” but instead, we are just perpetuating the disunity.

And so, I have a simple message to all South Africans: Unless you’re planning on leaving the country soon, it isn’t in your best interest to antagonise each other. For us to truly move forward as a nation, we need to take some time to understand the world from each other’s perspective. Everything else is treating the symptom rather than the cause.

THAT’S WHAT THIS ARTICLE IS ABOUT!

I believe the real underlying issue is that South Africans don’t really understand each other or the ramifications of our treacherous past that are still affecting us all today. We tend to mix with other races but only at surface level because we are just so different from one another.

We all know about Apartheid but its true effects are lost on many because its history has only ever been taught to us from a one-sided perspective. For decades, South African culture was formed around segregation, so it only makes sense that we learn about the past from those that are like us.

There are definitely people who are trying to make the effort to understand life from the opposite side but they are the minority which is what’s biting us on the arse.

The latest emotionally-charged topic ripping the nation apart is land expropriation without compensation. It includes phrases like “all you whites…” or “you black people…” and this language immediately fires each side up to dig their heals in the sand and defend.

It’s simple really. Do we want peace or distress? Because the small decisions we make every day push us toward one or the other. Peace can only come about when we stop for a second and see things from the other side instead of immediately getting our defence in order.

MY VERSION OF OUR RECENT HISTORY!

In the early 90’s, South Africa finally agreed that Apartheid had to come to an end. Nelson Mandela was freed from prison and we were told that the first ever democratic elections were to be held in 1994. Score.

As you can imagine, this was such a radical change from before that the masses got really excited and welcomed the much necessary change. When I say masses, I mean everyone except us white people… I was rather young but I remember most white folk shitting themselves which is largely why Australia gained a whole load of white South African immigrants around 1994.

None the less, most white people had no choice but to stay and to our surprise, we survived because we basically said “sorry okes, what we did wasn’t cool, also please don’t kill us” and miraculously, black people didn’t slaughter us the second they came into power. Nelson Mandela labelled us the “Rainbow Nation”, we believed him, and the world remarked how incredible we all were to be able to overcome this massive transition. Double score.

But looking back, I think we all missed an incredible chance to secure a unified future at the time because we didn’t include the implementation of the necessary systems to make sure the entire country gained a deep understanding of what Apartheid did to the psychology of our nation.

To make matters even “worse”, we won the Rugby World Cup in 1995 and the African Cup of Nations in 1996 further leading us to think that we were on course to truly live in harmony with each other without doing much other than believing it would happen.

SOUTH AFRICA CAN LEARN A LOT FROM GERMANY!

Today, Germany has one of the strongest economies in the world which is quite incredible when you consider the state they were in when Hitler was defeated by the Allies. After the defeat of the Nazis, their situation was so dire that nothing short of a miracle could have saved the country. It was also one of the most unprecedented situations in world history; no cities have been through anything quite like Germany after World War 2.

In other words, Germany was economically wounded but even worse, they were psychologically bruised. Their people were brainwashed by the Nazis into believing that everything was going just fine in the Fatherland all the while being taught to despise the Jews. Sound familiar?

The point I’m trying to make is that hope is not a strategy. To this day, the Nazi past is treated as a history lesson. Germans are taught at the age of ten about the Nazi atrocities on an ongoing basis and every student is required to visit a concentration camp. The consequences of past decisions are drilled into young Germans.

The German federal Government’s educational-monitoring agency urges that the Nazis be subject to an “intensive and thorough treatment” in schools and that “the memory of the Holocaust is kept alive.” It is part of the attempt by a postwar generation to explain why the past must not repeat itself to those who will one day run Europe’s economic and political powerhouse. This process has helped the majority of Germans understand the true ramifications of their past actions and has had a healing effect on the nation.

As a white South African, it has taken me a long time to understand what really happened and that understanding came from effort I made personally. This is why I say we missed the boat back in 1994 because we put a plaster on a broken bone and twenty-four years later, we can’t seem to understand why there is so much racial tension in our country.

THE OTHER TRICK WE MISSED!

One of the major reasons white people (being the minority) were able to rule South Africa for so long is because we had exclusive access to the best education systems in the country. In other words, we acquired skills that made us really valuable and we passed these skills down the generations while the Apartheid system made sure everyone else had access to subpar education which also had its trickle down effects.

If by wave of a magic wand, I was the man who became president in 1994, I would have made sure that education became the absolute priority of the nation above all else. Education is the only sustainable liberator; not BEE or affirmative action (these can help in the short term). Our goal back then should have been to help previously disadvantaged communities gain vital skills so that they could add to the economy in a meaningful way. I would have spent more money on this than anything else.

Instead, we did the total opposite. Today, we have an education system that is so woefully inadequate and archaic. We have lowered the pass rates across the board which has resulted in white people sending their kids to private schools. This further widens the inequality levels because the majority of South Africans can’t afford this level of education. As a result, the Apartheid system may have been abolished in 1994 but its structures were left in tact and remain still.

With lack of education comes lack of equality which breeds contempt and resentment. We will continue to pay for this dearly if we don’t fix it soon.

IT’S TIME FOR US TO GET OUR SHIT TOGETHER!

This can only happen when we actually take the time to understand each other. Not just today but even how something that technically ended twenty-four years ago still has a bearing on most of this country today. Empathy is everything!

I read a fascinating status update by a friend of mine named Malusi Cwele the other day which I think all South Africans need to take heed of:

“When we ignore the needs of the majority of people who are mostly poor, violence ensues. The elite of all races and ethnicity must return the land and reigns of capital to the majority, so that all people can have equitable access to our abundant resources. We are the most unequal country in the world – something has to change. We can’t ignore the reality of the poor, as they grow impatient.

Politicians and our political system have failed us as citizens. The ANC, DA and EFF have failed us, by continuing to negotiate people’s dignity. The private sector is rampant with corruption, yet we ignore the reality of business today – a systematic rot in the global system, fueled by greed. Refuse to be complacent in your corner. Don’t be told not to have a view on land because it’s uncomfortable. Hold your leaders at work and in government accountable.

Most South Africans alive today are not part of the generation that created the Apartheid system but we can’t just ignore it, or tell those who suffered from it, that “it’s been twenty-four years so just get over it”. In fact, quite the opposite. We should be doing everything we can now to rectify the problem and to be part of the solution because the outcome impacts us all.

I am a passionate entrepreneur who is changing the world! I speak to audiences around the globe about being better prepared for the future. I also run a much loved social enterprise called Suits & Sneakers. Currently working on a new type of education system that young people can use at no cost because every one deserves a shot at being somebody!

What you can read next 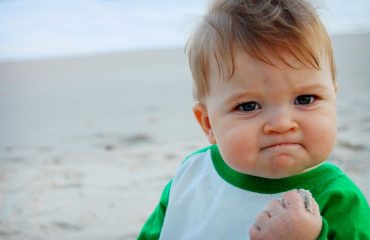 How to make sure your kids become happy and successful!

WANT ME TO SPEAK AT YOUR EVENT?

Please tell me more about your requirements and my team will get back to you as soon as possible!