You are not old unless you choose to be!

You are not old unless you choose to be! 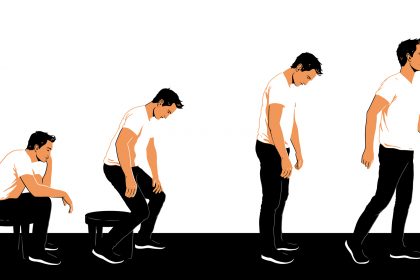 I believe that when we are young, our definition of age is totally warped. I have a vivid memory that has always stuck with me from when I was around 12 years old. My uncle Mike asked me at the time how old I thought I would be when I got married. My reply: “Old Uncle Mike… Like when I’m 22!”

The thing is, when you’re 12 then 22 feels like it’s over the hill. When you’re 22, you look at 33 and think it’s basically retirement age. Our perception of age is broken from when we are young and we carry this through with us into adulthood never really questioning its flawed reasoning.

This perspective is further perpetuated because we’re indirectly told by society that certain things have to happen by a certain age or we’re not doing so well. Start primary school by 6 or 7, get into high school by 12 or 13. Don’t take a gap year, go to university and get a degree or you’re not quite shaping up. Don’t know what you want to do with your life at 22? Shame! You’re 27 and you’re not married? What’s the matter with you?

I can only laugh at the idea that at 25, I remember feeling old. How ludicrous is that? Why did I feel this way? Because I was still living by rules I didn’t truly set for myself. I didn’t understand that as adults, we’re all just winging it. At 25, my perspective of success was still determined by the world around me.

As I neared my 30’s, I started to feel a bit better about my age but only because I started to achieve some success by worldly standards. I looked around and started to feel like I had done a lot for my age which was still the kind of thinking that was leading me down the wrong path. And then one day my dad said something that totally changed my perspective on the matter. It happened when he turned 60 and I asked him how he felt about the big occasion. I’ll never forget the look on his face as he told me that how he felt in his head and what his age sounded like just didn’t correspond with each other. As far as he was concerned, he still felt like a youngster. Once I realized everyone deals with the paradox of age regardless of how old they are, I made the decision to appreciate my age but never grow old.

The truth is that while your body will naturally age, you choose how old you are in your head. At 34, I am one of the few people in my circle that isn’t married and doesn’t have kids. Both of these things will happen in due course but that no longer bothers me like it used to before. I don’t feel the pressure anymore because I am a youngster in my head.

That said, a lot of people who are around my age have basically shut shop mentally and have become old. So many of them are chained to an idea in their head that because they are married or have kids, there’s certain things they just don’t do anymore because they’ve decided that they’re old. It’s almost like marriage and kids have acted as a signal to them that it’s time to slow down. I totally appreciate that a lot changes when you do get married and you have kids but you don’t have to die on the spot. I know this because there are a lot of people in my life that are just the most outrageously crazy people despite being married or having kids. They just choose to see themselves as youngsters who happen to also be parents.

I think there’s a great litmus test for how old you’ve decided to be and it comes in the form of how willing you are to try new things as well as be a bit spontaneous every so often. At this point, I want to totally acknowledge the value of structure and routine. If you’re going to do anything amazing in life, you need to employ structure and routine without question. I have seen this in my own life. As I’ve gotten older and my career has really taken off, I certainly don’t go out like I used to. Most week nights I’m still at the office because that’s what it takes to try change the world. But whenever an interesting invitation comes my way, I always try decide based on where I’m at in my situation instead of just saying no because “I’m older now and school nights are out of bounds”.

Structure and routine play a vital role in achieving big things but you can’t also be enslaved by it. Marriage and kids come with certain responsibilities and sacrifices but your life doesn’t have to be over because of it. As you’re growing up, your world is shaped by those around you but at some point, you have to start unlearning all the crap that you thought was true and discover how the world works for yourself. Most people who get this right also see themselves as youngsters throughout their lives and that’s a beautiful thing indeed.

PS. If you want to see exactly what I mean, just watch this video and see what they have to say about living life. Perspective is everything and one day you will only ever regret the things you didn’t do. Don’t grow old, it’s a trap!

I am a passionate entrepreneur who is changing the world! I speak to audiences around the globe about being better prepared for the future. I also run a much loved social enterprise called Suits & Sneakers. Currently working on a new type of education system that young people can use at no cost because every one deserves a shot at being somebody!

What you can read next 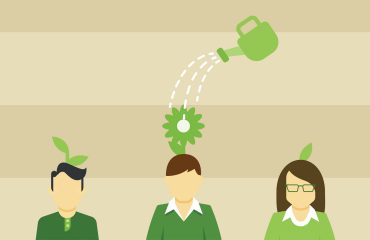 What you expose yourself to is what you become! 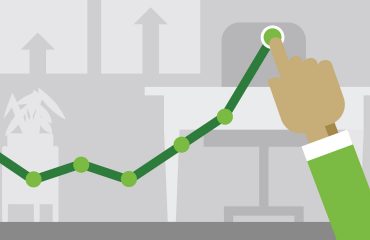 Five points to consider for a better life! 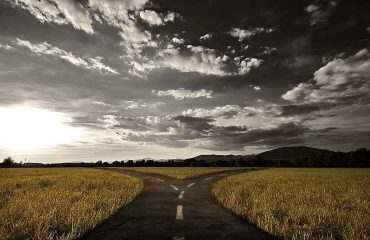 Are you really living or just existing?

WANT ME TO SPEAK AT YOUR EVENT?

Please tell me more about your requirements and my team will get back to you as soon as possible!